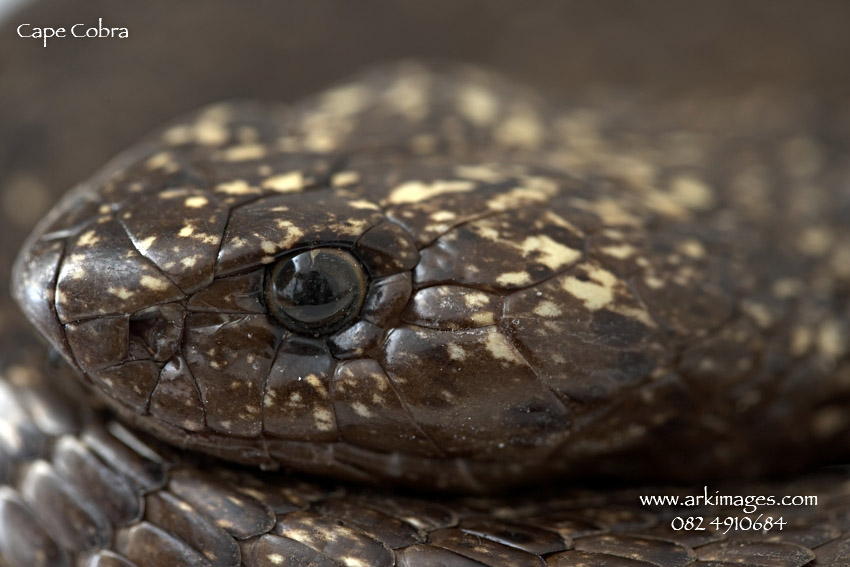 Mediclinic Snake Bite information leafletYou might recall the image on Twitter recently where a cyclist was holding a Cape Cobra by the tail. What he was doing looked absolutely crazy and dangerous and I wanted to find out who this person was. Not long and I had the name and number of Shawn the snake handler and asked him whether he would be prepared to tell us a little bit more about the snakes we might encounter on Table Mountain and surrounding areas. Shawn has a passion for snakes, but is not a herpetologist and has provided the following information based on his own experiences. He as added some “cut & paste” information to the text below to illustrate some points. If anything is unclear or you have specific questions, please consult a recognised authority on the subject of snakes, or relevant literature. Here goes:

“I am going to keep this as brief as possible but am more
than happy to let you have more info.  Also please remember that I am
not a qualified herpetologist or for that matter know everything
about snakes but have had a interest in them for most of my life.
Also some of the info I have copied and pasted, easier for me.

The most common harmless snakes you will find in and around Cape Town
are Mole Snakes, Russet Garden Snakes / Slug Eaters, and a few others. 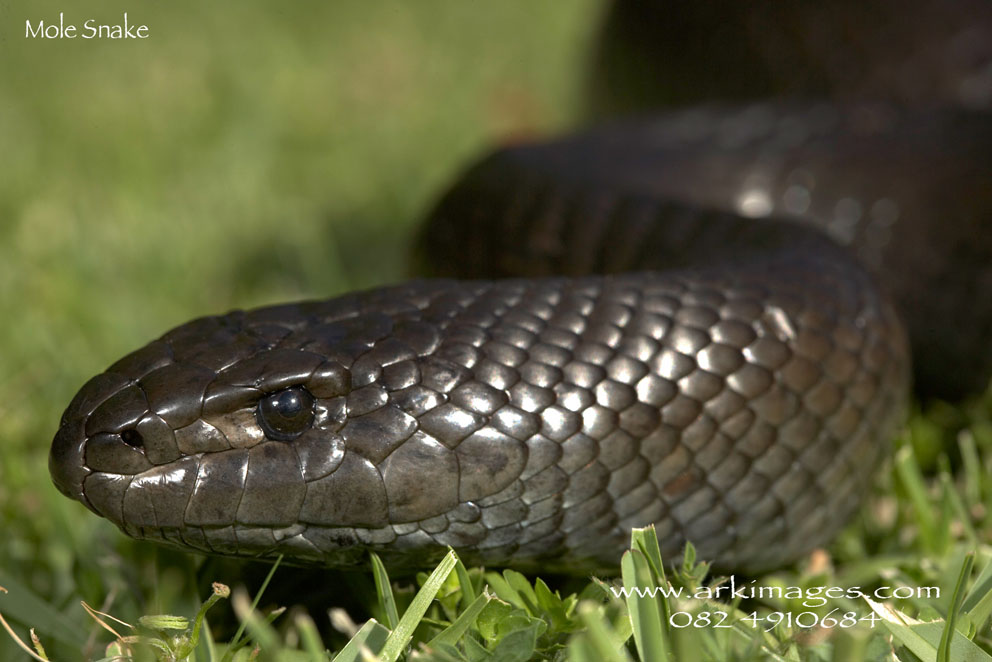 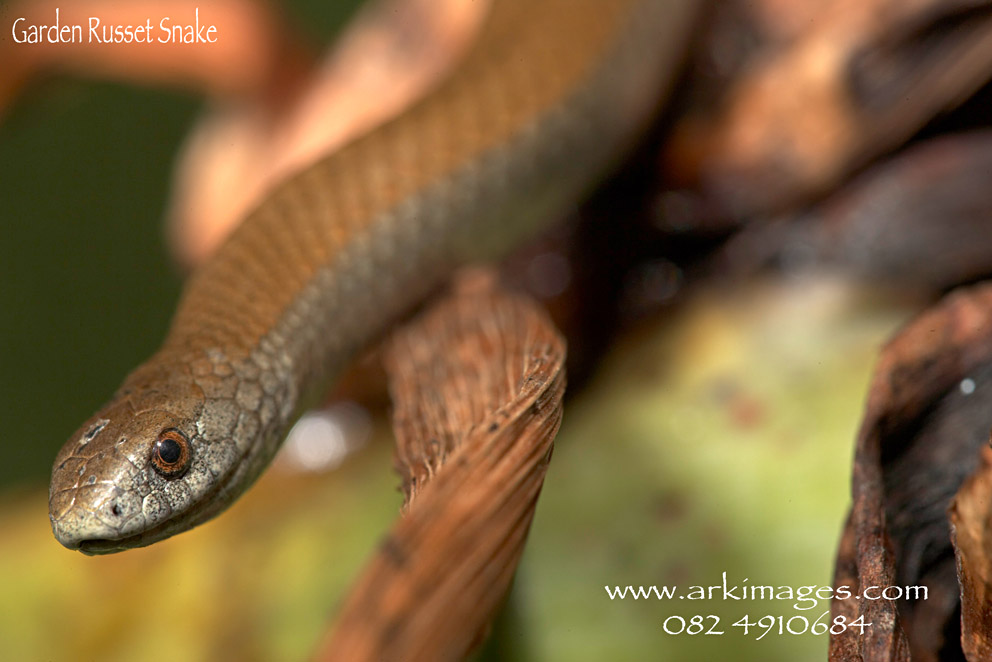 The most common venomous snakes you will find in and around Cape Town
are the Cape Cobra, Puff Adder and Boomslang. 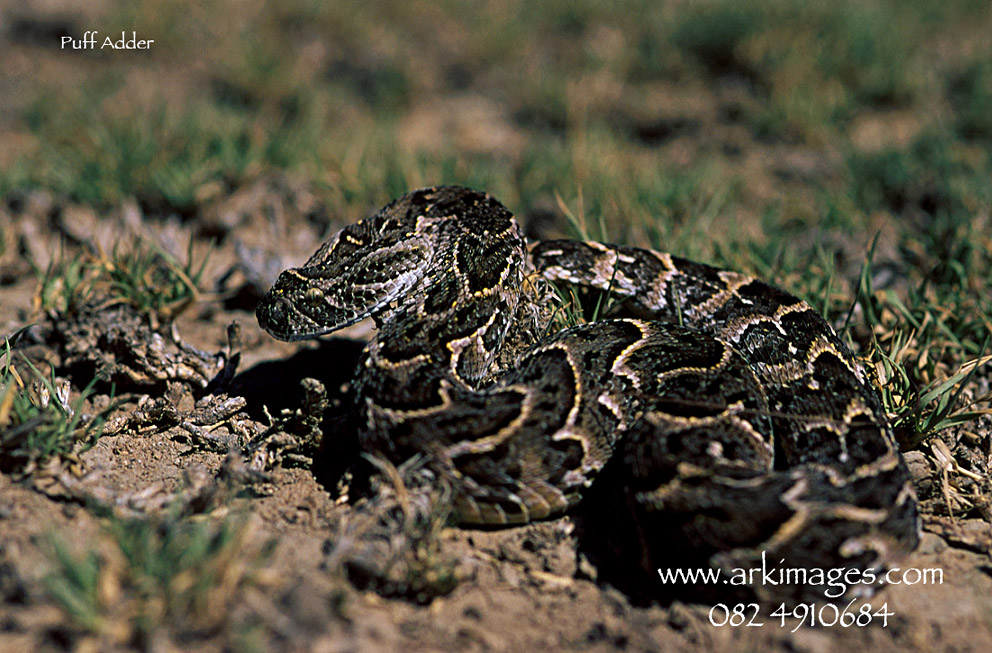 This species is responsible for more fatalities than any other other
African snake. This is due to a combination of factors, including its
wide distribution, common occurrence, large size, potent venom that
is produced in large amounts, long fangs that inject it deeply, their
reliance on camouflage which makes these snakes reluctant to flee,
their habit of basking by footpaths and sitting quietly when
approached, and their willingness to bite.

In humans, bites from this species can produce severe local and
systemic symptoms. Based on the degree and type of local effect,
bites can be divided into two symptomatic categories: those with
little or no surface extravasation, and those with hemorrhages
evident as ecchymosis, bleeding and swelling. In both cases there is
severe pain and tenderness, but in the latter there is widespread
superficial or deep necrosis. Serious bites cause limbs to become
immovably flexed as a result of significant hemorrhage or coagulation
in the affected muscles. Residual in-duration, however, is rare and
usually these areas completely resolve.

Other bite symptoms that may occur in humans include oedema, which
may become extensive, shock, watery blood oozing from the puncture
wounds, nausea and vomiting, subcutaneous bruising, blood blisters
that may form rapidly, and a painful swelling of the regional lymph
nodes. Swelling usually decreases after a few days, except for the
area immediately around the bite site. Hypo-tension, together with
weakness, dizziness and periods of semi- or unconsciousness is also
reported.

If not treated carefully, necrosis will spread, causing skin,
subcutaneous tissue and muscle to separate from healthy tissue and
eventually slough with serous exudate. The slough may be superficial
or deep, sometimes down to the bone. Gangrene and secondary
infections commonly occurs and can result in loss of digits and limbs.

Despite all of this, deaths are exceptional and probably occurs in
less than 10% of all untreated cases, usually in 2-4 days from
complications following blood volume deficit and a disseminated
intravascular coagulopathy. Most fatalities are associated with bad
clinical management and neglect.

Most snakes show extreme colour variation – even in the same
location, so it’s not a good idea to use colour for identification
purposes.  The Puff Adder is the easiest snake to identify so it
should not be a problem to identify. Most people think that this
snake is fat and lazy.  It is extremely fast striking,  If you try
and pick it up you will get bitten 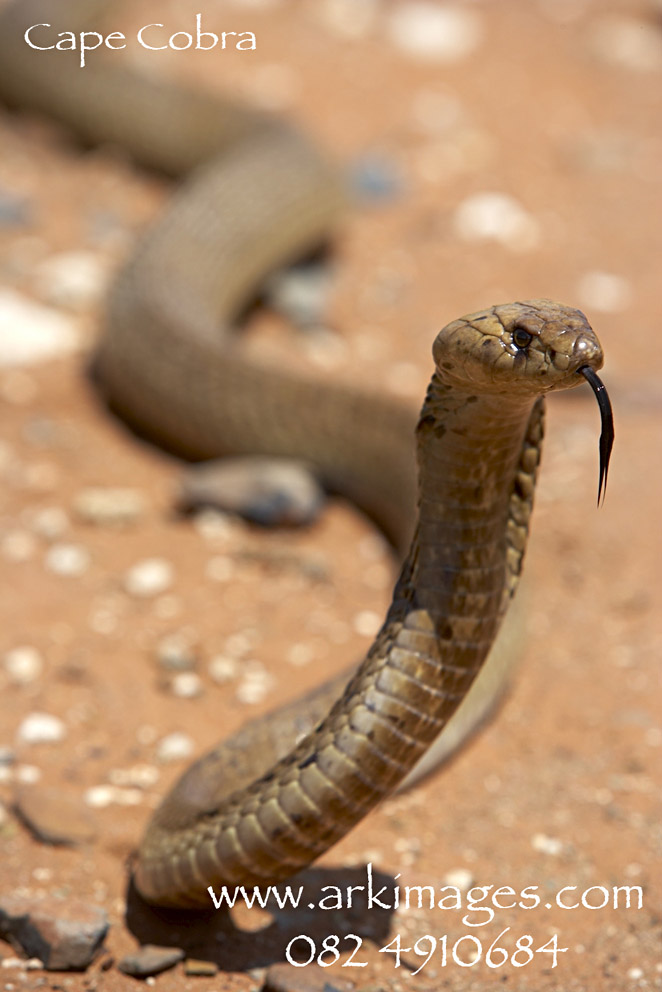 The Cape cobra, Naja nivea, is most easily distinguished by it’s
ability to spread a hood  however will not always spread a hood.  It
is highly venomous and possesses the most toxic venom – drop for drop
– of all the cobras on the African continent.  The venom is potently
neurotoxic, if bitten medical help should be sought immediately;
assisted respiration may be required.  The Cape cobra is active
during the day where it will hunt in burrows, trees or anywhere else
that it can find a suitable meal.If these warnings are not heeded you
are asking for serious trouble. Like any other snake the Cape cobra
will only bite if it feels that it has no other option and that it’s
own life is in danger.  Many people mistake them for mole snakes.

Here there can be extreme colour variation – even in the same
location, so it’s not a good idea to use colour for identification
purposes.  The Cape Cobra is often mistaken for a mole snake, they
both have a gloss scale, similar in colour to the average person,
both are fast moving and tend to get out of your way.  The cobra is a
thinner and flatter snake compared to the mole snake.  The mole snake
has a rounder head.  REMEMBER THE COBRA DOES NOT ALWAYS SPREAD A HOOD

Many members of the family Colubridae that are considered venomous
are essentially harmless to humans, because they either have small
venom glands, relatively weak venom, or an inefficient system for
delivery of venom. However, the boom slang is a notable exception in
that it has highly potent venom, which it delivers through large
fangs that are located in the rear of the jaw. The venom of the boom
slang is primarily a haemotoxin. It disables the blood clotting
process and the victim may well die as a result of internal and
external bleeding. Other signs and symptoms include: headache,
nausea, sleepiness and mental disorders.

Because the venom is slow to act, symptoms may not be manifest until
many hours after the bite. On the one hand, this provides time for
procuring the serum, while on the other hand it may lead victims to
underestimate the seriousness of the bite. Snakes of any species may
sometimes fail to inject venom when they bite aptly named a “dry
bite”, so after a few hours without any noticeable effects, victims
of Boom slang bites may believe (wrongly) that their injury is not
serious.

Adult boom slang has 1.6–8mg of venom. Various sources give figures
ranging from 0.06-0.72mg/kg being sufficient to kill mice in 50% of
cases, if the venom reaches a vein.

Despite all of this, the boom slang and other snakes are gentle
creatures and will only attack when they are put in a situation they
don’t want to be in. Most of the time the snake will see you before
you see it and it will move away. Any snakes prerogative is to always
avoid contact with humans as they are not by their nature, a conflict
species. So next time you find a snake please don’t kill it, rather
find some one that knows how to handle snakes safely and get the
person to remove the snake for you ..

The boomslang is a timid snake, and bites generally occur only while
attempting to handle, catch or kill the snake

Here there can be extreme colour variation, most people think
boomslang are green, generally not in Cape Town the males tend to be
black and females brown.  They are also fairly easy to ID.  There
heads are quite large with a large eyes. Boomslang are one of the few
snakes with very good eye sight.  It is highly unlikely you will come
across one of these snakes because they will move off before you can
get a visual on them.  They are fairly fast and like most endemic
reptiles blend in well to there habitat.

If you do encounter any snakes  on your cycle or walk for that matter
give them a bit of space and they will move off.  They will NOT turn
around and chase you, jump up onto your bike and attack you, etc.
There are many myths that are simply not true about snakes.  Most
people that get bitten by snakes are people that work with them and
people that keep them as pets.

Forgot to mention that all 3 of the venomous snakes you will encounter during the day but during the hottest times of the day they will find some shelter to stay cool.  On warm nights it is very possible to encounter puff adders and cape cobras. On cold winter rainy days they will not come out of their shelters but on a sunny winters day they will come out to lie in the sun.  As mentioned on the phone the likelihood of getting bitten by any of these snakes is highly unlikely unless you do something silly like thinking your cape cobra is a mole snake because it has not displayed its hood or that the fat puff adder will not be able to bite you if you quickly touch it on the tail to impress your cycling mates – you will get bitten!   Realistically to get accidentally bitten  you would have to fall off your bike and onto the snake.

In a case of a bite it is first very important to have the snake identified as each snake has a specific treatment.  But the basics are:
1.  Keep the patient as calm as possible. Do not try and cycle down the mountain at a hundred mile an hour.
2.  Get medical help as soon as possible especially for a cobra bite.
3. With a puff adder bite never use a tourniquet.
4. Always cycle with a cell phone and try not to cycle alone.
5. Stay on the legal routes so other passing cyclist can be of assistance and makes help getting to you fare easier.”

I hope you find this information useful and will take care on the trails. Give a snake right of way and you’ll be fine.

All images courtesy of Ark Images

Donate or pay for TMB Kit 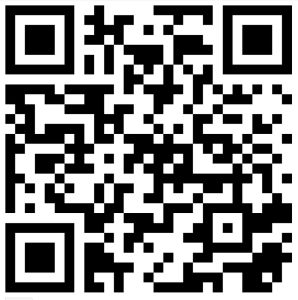